O.L. Price gym was built in 1957. It played a big part in the culture of O.L. Price school and the Taylor South Eastside community.  In the 60’s the school had sock hops there. It also had dances with Joe Tex, Millie Jackson, and other know R & B talents. It was also ground zero for Golden Gloves Taylor which had regional state boxing championships (see Golden Gloves page to see our local champs). Then after intergration and Eastside Elementary closed it was used for summer rec programs. It was a meeting spot to hoop. They would lock it and guys would climb the 15 foot walls to unlock the doors so we could play ball. The basketball team Spank was born out of O.L. Price gym. Spank played and won in leagues and tournaments all over Central Texas. 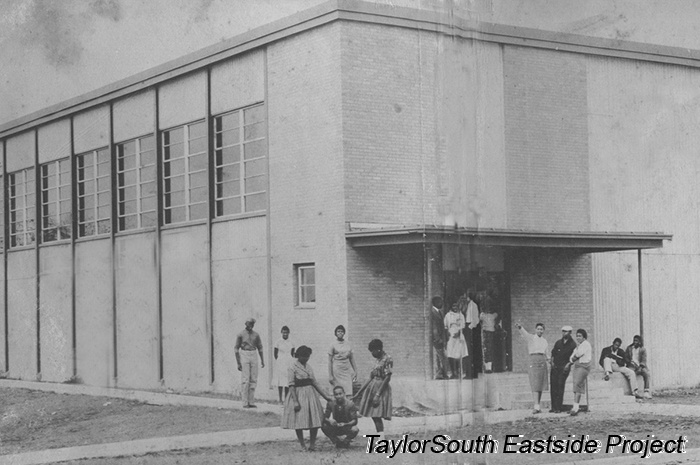