Bill Pickett was a real American Hero.Bill Pickett is famous for being the first bulldogger. He invented the technique of  throwing a cow to the ground by twisting its head and biting its lip. Pickett became famous all over the world for bulldogging. A movie was made about him in the 1920’s (The-Bull-Dogger), and in 1994 the United States Postal Service put a picture of him on a stamp series (Legends of the West).

Bill Pickett was born in 1870 five years after the Civil War in Taylor Texas. In 1890 he married Maggie Turner and they were the parents of two boys and seven girls. Bill Pickett died April 1st, 1932 from being pawed by a horse he was getting ready to break. In 1971 He was the first African American to be inducted into the National Cowboy Hall of Fame!        CLICK HERE TO VIEW GALLERY. 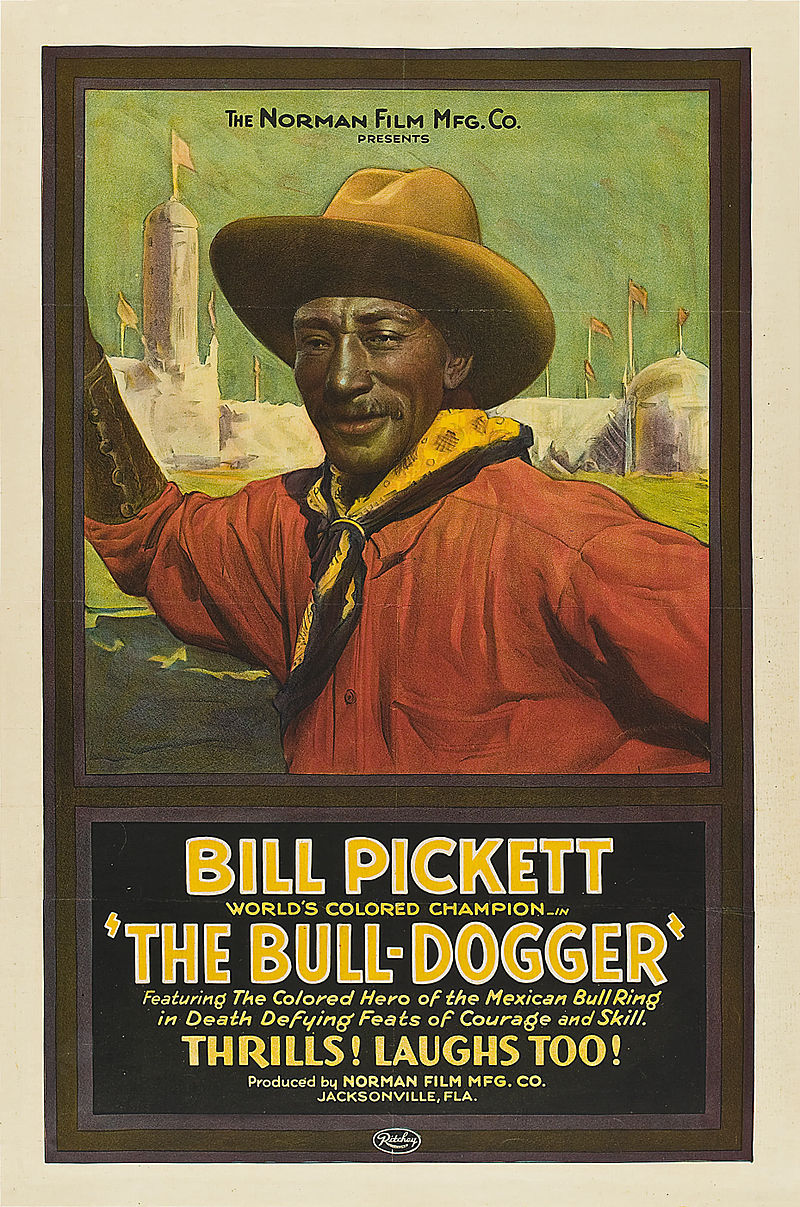