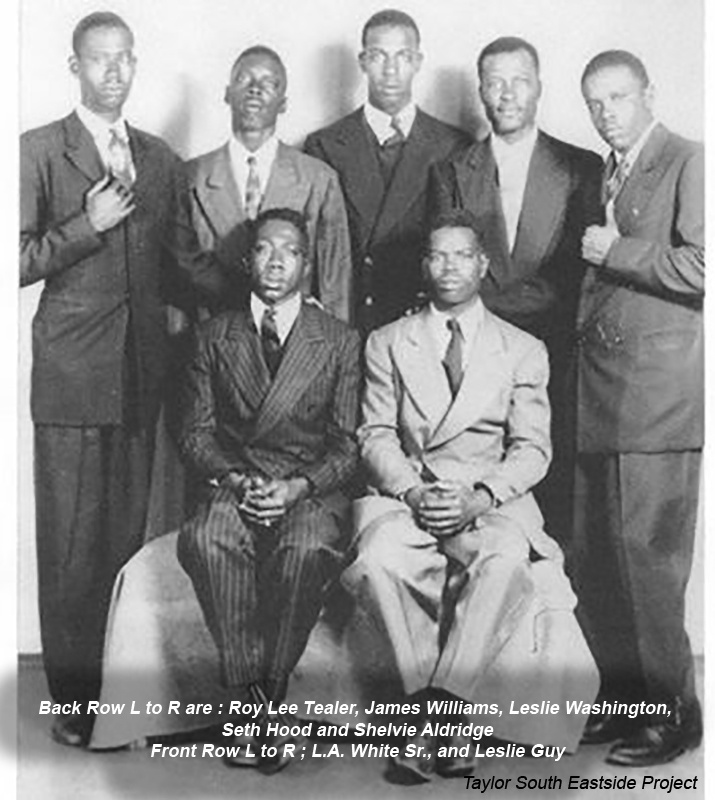 Back in 1934, Mr. Lois Jones organized the vocal group, The Gospel Moaners. The original members were L.A. White, Sr., Frank Tealer, Frankey Lee Merriweather, Booker T. Sims, and Fred Hood. After a short period of time the war broke out, causing the group to disband for various reasons. In 1948, L.A. White, Sr. was inspired by his faith in his religion to reorganize some songs and get the band together again. The new band featured the members pictured above. In 1949, the group started a radio program with Mr. Gerald Polk as the deejay. The men would gather quite a crowd as their voices blended so well. After years of singing, members passing away, new singers filled the empty spaces. After a few changes in head count, they became an acapella group. The group faced difficult times during war and depression, but continued to perform in the area. They are a well remembered group from a bygone era!