Fannie House (her maiden name) was born in Milam County May 17th, 1865, just as the Civil Was coming to end. Having lost both parents at an early age she was raised by and uncle and at the age of 14 she moved to Rice’s Crossing where she met her future husband John Robinson. Married at 16 she and her husband moved to Taylor and raised thirteen children.

Fannie Robinson Park and swimming pool was dedicated in June 1955. The park was named after Fannie Robinson for several reasons. She was a person to bring dignity to the name of the park, she owned part of the land where the park was built and she was the oldest African American citizen at the time of the dedication.

Dr. James Dickey and Dr. Edmond Doak played an important part in getting the new park for Taylor. It was a dream they envisioned to help beautify the area after the city dump was closed. According to minutes from the City records, in January, 1940 at the urging of Dr. Dickey, City officials purchased just over 6 acres of property for the park.  A memorial marker to honor Dr. Dickey was installed in the park on Dolan Street as a reminder of his determination to make Taylor a better community for all citizens. 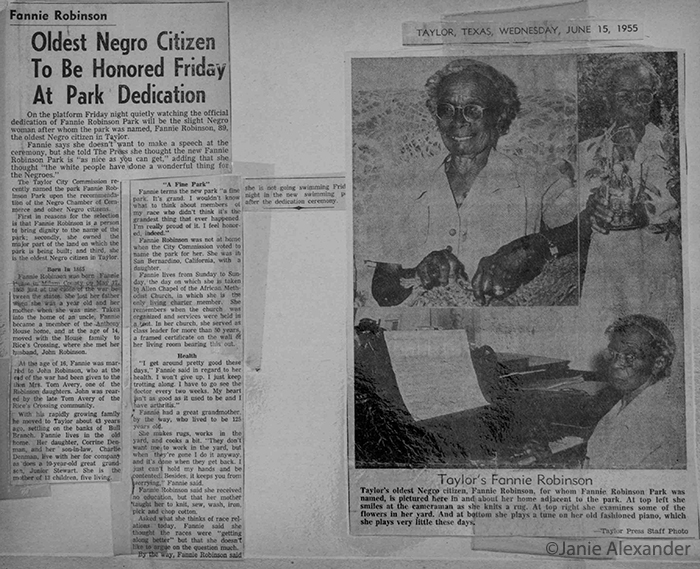